While your rank tag is set to TMS, you are considered on-duty for TMS and are required to wear the official TMS uniform! You can find the TMS Hideout at the Pinewood Computer Core near the Cargo trains platform.

The TMS hideout is located near the Cargo train spawn at Pinewood Computer Core
If you happen to be in a facility that does not have a TMS uniform giver, you can be on-duty as TMS without one.

You are not allowed to wear a PBST uniform while on-duty as TMS, this is severely enforced if caught.

You are allowed to wear PET suits or the core suit while on-duty as TMS. A uniform is not required while wearing these suits.

Syndicate members are given Weapons at the Pinewood Computer Core to assist in destroying the core or causing chaos, these can be found at the Hideout near Cargo trains. Weapons become more powerful and diverse as you rank up. More information regarding what tools can be achieved can be seen in the Ranks section.

Weapons given are not to be used while off-duty or on-duty for another group.

You are not allowed to use PBST tools or PET tools (Fire Hose, Medical Box, or PET shield) while on-duty as TMS

The Loadout area, or the TMS Hideout, is shown below in the photo.

While raiding, you will most likely encounter the Security of the Computer Core. These members will actively attack you.

You are to kill security on sight, with a few exceptions.

There is a rare occasion where a PBST officer goes rogue and will help destroy the core, these people appear every so often.

Do not go out of your way to attack neutrals while raiding, if they are not a threat or are not interfering with your objective, please do not kill them.

While on-duty as a Syndicate member, you are expected to help cause chaos by melting or freezing the core. There are times where there are multiple Syndicate members trying to do different objectives, communication is key to success! Work together to meet a common goal and success will follow.

You are allowed to wear PET suits or the core suit while on-duty as TMS. A uniform is not required while wearing these suits.

TMS are allowed to use the Astronaut helmet during raids, this can be used in the core when the temperature is below 3000. Astronaut Helmet ID: 1081366

You are not allowed to fix the Radiation leak unless it is preventing meltdown or freezedown from occurring.

Every so often, you may encounter a syndicate member trying to save the core, breaking a game rule, team-killing other members, or abusing weapons. These members are considered Rogue. Depending on how they are acting, you may have to kill them in self-defense if they are attacking you on invalid terms.

If you run into a ranked individual (Trooper+) abusing their TMS specific weapons, send a Group Weapon Abuse call to PIA and note the weapons they are using.

Individuals are able to declare an individual rogue if they have the authority to issue a KoS order (Operative+).

Operatives and up are able to directly file for a deduction on someone, but you can report the rulebreakers to them as well.

Ranks can give an individual additional authority or weapons. Trooper and Operative had a set timespan you must remain as that rank before you are allowed to evaluate up to the next rank. These times are listed in the ranks below, should they apply.

Recruit is the entry rank into TMS. There is no evaluation for this rank.

Trooper is the first rank that can be achieved through an evaluation.

Points Required: 40 points
There is no timespan required for this rank, you may evaluate up once you reach 40 points and are not ranklocked to a lower rank.

Operative is the first rank that is allowed to host official raids within the Syndicate.

This rank and further ranks require you to be in the TMS discord server, as you can only announce raids through the discord server. The invite is present in the social links on the TMS group, you must be 13 and up to join.

Points Required: 120 points
You must be a Trooper for TWO weeks before you can evaluate up to this rank

Captain is the third achievable rank within the Syndicate and is trusted with more authority.

Points Required: 200 points
You must be an Operative for THREE weeks before you can evaluate up to this rank Min Raids Hosted: 10

Instructor is the highest achievable rank in the Syndicate. These members are the leaders of the group; they handle operations, evaluations, points, and oversee a majority of events.

You are handpicked by the current Instructors or above and voted in by all Instructors. You can be voted in at any rank.

Official Raids are hosted often in the Mayhem Syndicate. You must be an Operative+ to host an Official Syndicate Raid.

Points can be earned during an official raid. The amount given varies depending on the raid level and how long you attended it. Behavior and participation during the raid are taken into account.

Level 0 raid Level 0 raids award no points. These can be hosted by Operative+

Level 1 raid Level 1 raids award up to 3 points. These can be hosted by Operative+

Level 2 raid Level 2 raids award up to 5 points. These can be hosted by Captain+

MEGA Raid MEGA raids award up to 9 points. These are organized by Instructor+. Captains+ are able to host a server during these MEGA raids. These raids stand out from normal raids as they are multiple raids hosted at once.

Raid hosts do have to follow rules regarding hosting, all hosts do. The rules these members have to follow are shown below under the Raid Hosting Rules section

All times of when a day starts or ends are decided by UTC.

All hosts are expected to follow these. Instructors have the authority to end a raid early or cancel it if it violates the raid hosting rules. There is no set cooldown for trainings, but raids cannot occur during a training session.

The Mayhem Syndicate hold a variety of different raids, these can be seen below in detail.

Meltdown raids are the most common raid found at TMS. The goal is simple, cause a meltdown. This is done by raising the temp beyond 4000 degrees.

Freezedown raids are one of the rarer raid found at TMS. The goal is simple, cause a freezedown. This is done by lowering the temp below -4000 degrees.

One of the most fun raid types, the Chaos raid! This raid is where TMS shines in it’s more chaotic stages. During these raids, massive fires, nuke trains explode, and core temperatures soar into unstable numbers.

This is not an objective, but it is an objective once the primary objective is reached after a Meltdown or Freezedown begins, it is to do a No-Survivor or Yes-Survivor run, or none at all.

Once a pointed raid ends, TMS members are to head to the Pinewood Builders Data Storage Facility, with the !pbdsf command in chat. This is to group up, submit a point log for everyone who attended, then dismiss everyone.

E-Coolant, or Emergency Coolant, is a gameplay aspect that lets users have a chance at saving the core once a Meltdown begins. It is located in Sector G, both doors require the code 5334118 to open.

E-Coolant does play a critical role and must be kept under control, or risk getting the core temp set back to 3000 degrees.

In order for E-Coolant to have a chance at saving the core, at least one of the rods must have their levels between 69 and 81 percent to be green. Going above or below those ranges will make the rod unusable.

Trainings are hosted periodically and are done at any facility, even other games. Trainings can give 1 to 4 points depending on performance. Bad behavior during trainings can lead to removal from the training and no points awarded. Negative points can also be issued if the situation requires it.

If you can't access the raid communication VC's, another way to effectivly communicate via ROBLOX chat is by the use of 10- codes. These codes allow you to easily convey essential information in only a few numbers, here are some of the most common ones:

During a raid, there are 3 key areas, these include:

Make sure you're in atleast one of these areas or circulating around these areas during a raid.

During a raid, the most important place you can be is in the core, if you notice there are lots of raiders where you currently are, head to the core and help out there. When in Reactor Power, you can stick the barrel of your gun out into the reactor power entrance while keeping yourself behind the wall, this allows you to shoot incoming people without them being able to hit you. 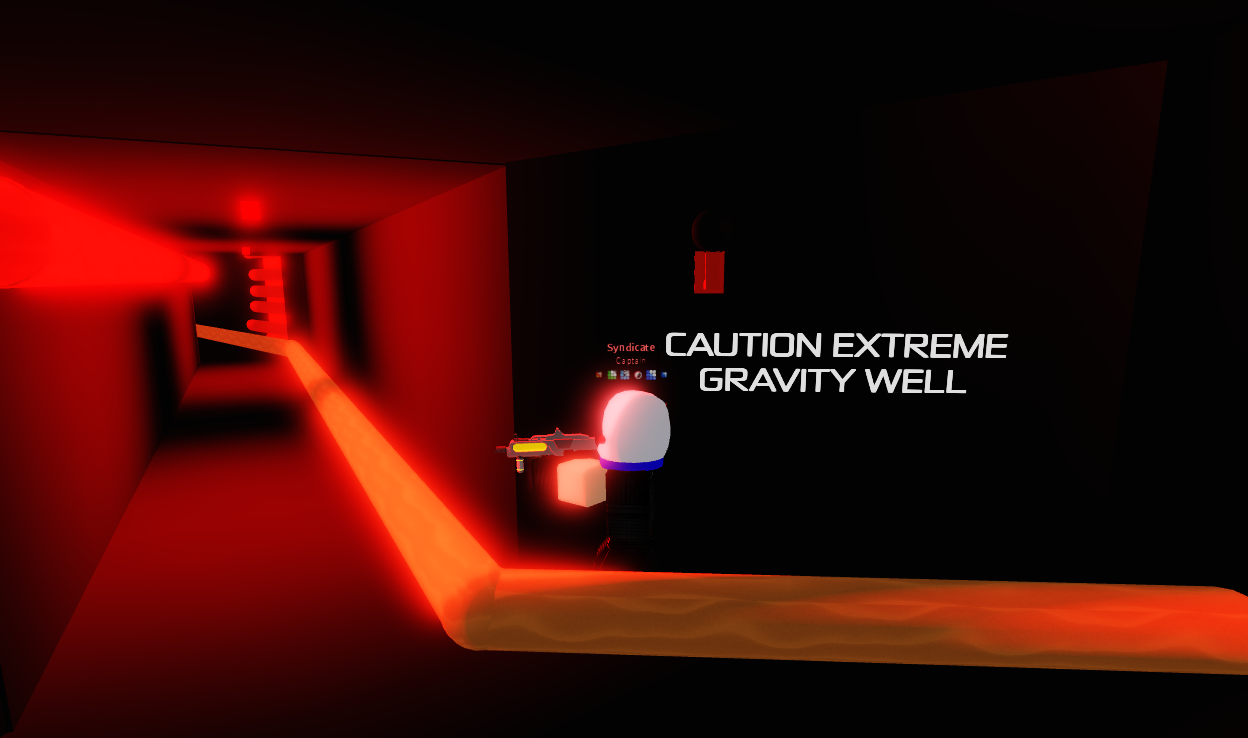 If you are tasered, you can easily escape the stun by using your jetpack. 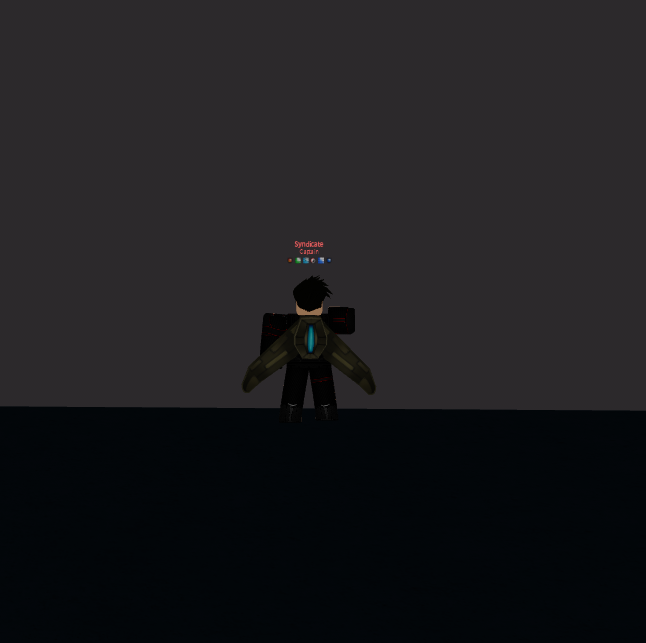 It will only work if you use the jetpack shown above

Inside the PET HQ, there is there a health pad, using that you can change your health to 150!

In the reactor power room, there are some spots to sneek attack. Some of these are

If you click the power control buttons enough times fast enough, it will lock up for around 30 seconds, preventing PBST from changing the power back.

On the two side lasers, on the wedge if you go into it, there is a spot where you can easily hide.

The coolant room has many tall spots to allow you to shoot from up high or keep an easy lookout.

If the mainframe is being guarded, you can use the reactor core enterance there, there is also an entrance in the server room, however please note this entrance just goes to the same entrance as the coolant entrance. So this will only be helpful if there guarding the entrance or coolant.

In the fans room, you can zoom out of the window to toggle the fans, no need to go inside the fan room!

In a chaos raid, if you are causing fire, you can wear the PET Fire suit in order to protect you from catching on fire.

According to the handbook page, you do not need to wear a TMS uniform ontop of it.

This handbook is always a work in progress.

Glory to the Syndicate!

Signed, The Instructors and the Architect